How Close to Patent Medicine

Way, way back in the day, there were people who would put an exotic ingredient into an elixir and make health claims for the new mixture. Using state of the art advertising and hucksterism, they sold these things as health enhancing, or disease curing drugs. At the time there was no governmental body that regulated the manufacture, safety or efficacy of these ‘patent medicines’. For a little of the history, look at this article in Wikipedia.

These former ‘patent medicines’ may ring a bell, as they are still in use today:

I would say that the way our very food is made these days resembles the way that patent medicines were created in the last century. Secret, special, untested ingredients are mixed in to give the foods something worth putting in bold letters on the label. Health claims are prominent, despite the lack of scientific proof, or sometimes despite the proof of the opposite. Nothing wrong with putting ‘Fat Free’ on the label of that six inch lollipop. 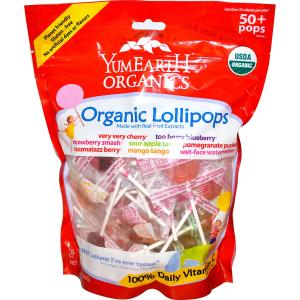 100% of your daily requirement of vitamin C! Never have to eat another nasty real orange! Gluten Free, too. So tell me how this is not exactly the same as a patent medicine, because they don’t claim to cure a disease, I suppose. Because this item sets quietly on the shelf and is not being sold by a man in tails and a top hat out of a wagon, maybe? The more things change, the more they stay the same.

I am an instrument technician at the electric utility servicing the Kansas City Missouri metropolitan area. I am in the IBEW, Local 412. I was trained to be a nuclear power plant operator in the USN and served on submarines. I am a Democrat, even more so than those serving in Congress or the White House.
View all posts by dcarmack →
This entry was posted in Health, Living. Bookmark the permalink.