Your Memory is at Stake 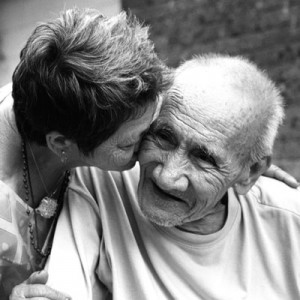 You are a very complex machine, crafted by millions of years of evolution. The interaction between you and the billions of other creatures around and inside of you is likewise complex. This complexity makes determining the cause or the effect of various problems that occur after decades of life very difficult.

Dementia is a blanket word for a symptom of a problem in your nervous system. It is a word like ‘fever’ which does not tell you why, but it tells you that there is a problem. Dementia’s main symptom is forgetfulness, to the point of being dangerous. Alzheimer’s is the most commonly known dementia. It is the most frightening, and the one that you know is a death sentence when you have it.

Now we all must die, as we all know, but nobody wants to die of a wasting disease like dementia. Science and big Pharma are busily looking for a way that we can live any way that we please and put off the negative effects of dementia with a pill. If they can pull this off, then it is a win-win situation for doctors, drug makers, and big-food. Why did I lump big food in with doctors and druggists, you ask?

Suzanne M. de la Monte, MD, MPH, a physician-scientist at Rhode Island Hospital and professor of neuropathology, neurosurgery, and neurology at The Warren Alpert Medical School of Brown University, found a critical link between our modern diet, characterized by processed “convenience” foods, and the disease. Though scientists had already determined that Alzheimer’s disease, a devastating form of dementia, was characterized by tangles and plaques in the brain, no one had determined the cause.

The answer is noone is testing food additives for this kind of problem or any other complication of their use. The system is not built that way. The fact that it does not sicken you right away is a feature of the system. This makes it possible for food makers to blame any of the other myriad factors that could cause dementia, weight gain, fatty liver disease, hypertension. These problems creep up gradually, over years of eating wrong. There will be no smoking gun found, and the fact that they can’t find a pill to cure Alzheimer’s (or make it bearable) is proof that there is probably more than one way to cause it.

There is, however, a way to defend yourself from all of the man-made diseases that we citizens of the richest nation on earth seem to catch.

Make your own dinners.

Don’t drink anything out of a can or bottle, unless you put it in the bottle yourself.

Don’t add sweeteners to your foods.

Buy no foods in boxes, bags or cans.

Stay out of the middle aisles of the grocery store. The products in the middle aisles are dangerous to your long-term health. The foods that don’t effect me I cannot say the same about for you. We are all complex machines, and our bodies react differently to every stimulus. It is known, though that if you eat the foods your great grandparents ate, if they are foods that existed one hundred years ago, they will be much less dangerous to the delicate, complex machinery that is you.

I am an instrument technician at the electric utility servicing the Kansas City Missouri metropolitan area. I am in the IBEW, Local 412. I was trained to be a nuclear power plant operator in the USN and served on submarines. I am a Democrat, even more so than those serving in Congress or the White House.
View all posts by dcarmack →
This entry was posted in Uncategorized. Bookmark the permalink.

3 Responses to Your Memory is at Stake