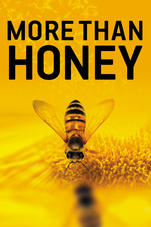 When I tell people that they should purchase foods from the farmer at the farmer’s market, or from a friend who farms, sometimes I get the argument “we all can’t eat local foods, there just aren’t enough local farmers to feed everyone.” Of course, this is true, but it is also beside the point. I am not arguing for ‘everyone’ to buy local, and it certainly would not work if, suddenly, we all had to get our food from local farmers. Nothing like that is about to happen, though, and I am only recommending that MY readers buy local foods.

When you put your money into your local economy it acts like fertilizer for that local economy. Buying from your friends will keep your friends farming. Lots of farmers would like to grow foods that we all want to eat, but with so many people buying their foods trucked and shipped from around the world, at subsidized prices, it’s no wonder they don’t buck that system. There are enough local farmers in the Kansas City farmer’s markets to keep me stocked up in fresh, wholesome meats and vegetables in season to keep my larder packed. There are also enough for you in your local market.

Buying foods from around the world is a risky business. In China they produce ‘honey’, and since Chinese ‘honey’ is adulterated with dangerous pesticides. China is restricted from selling honey into the US market because it was dumping it on us at low prices, so there is a high tariff on it. To get around this, the Chinese sell their honey to places like Malaysia, where it is then called Malaysian honey and then sold to us. Some of this Chinese ‘honey’ isn’t really even honey, but is syrup with a trace of honey for flavor. Catching the Chinese at this game is the job of a small government lab, and their job is difficult to accomplish. Today in the NYT

Around 2006, unscrupulous importers appeared to be cutting honey with high-fructose rice syrup or disguising cheap, pure honey as an artificial blend. (At the time, the import duty applied to artificial blends that were more than 50 percent honey by weight.)

In 2011, the government accused three companies of importing millions of dollars’ worth of rice fructose blend that in fact was mostly taxable honey. The importers said the product was less than 50 percent honey.

I had heard about this before, that most of the honey that is on store shelves is actually honey from China, that has been snuck into this country to avoid paying duties, and to avoid close scrutiny by the government for safety. Think about the waste of energy to purchase honey from China, that has been freighted literally half way around the world to avoid a few cents per sale of taxes. Honey is not so expensive that it would be worth it to purchase honey from a local apiary, where they actually harvest honey from their bees. You know for sure that this honey is pure honey and not just rice syrup and honey blend, or honey that is full of pesticides that are banned in the US.

Lots of foods are this way. You have no idea what the chemicals are in your processed foods. You just trust that some branch of the government has tested them. Well, the government doesn’t test artificial ingredients in your foods, they count on the makers of those ingredients to do the testing, and then our government takes their word for it. Only when something makes people sick right away will they pull an ingredient off the shelf.

They are going to start selling GMO potatoes that don’t brown when you cut them open. They aren’t going to be labeled as genetically modified organisms. You will know they are there when you see pre-cut and bagged potatoes in the vegetable case at the grocery store. You won’t know that they are a man made creation, or if they are safe, or what the effects will be on you or on the non-gmo crops that are growing just on the other side of the fence from them. None of that matters to big industry. All they care about is money, and since you are not money, and the world is not money, they don’t matter.

The only way that you and me can fight the race to profit that is all that matters to the big farmer, the foreign farmer, the food corporation, is to put your money in your neighbor’s hands. Buy your honey from a farmer at the farmer’s market or at a local apiary. Buy no processed foods. Buy vegetables from your friends and at the local market, not from a big box store or chain grocer. Get meats and dairy from ranchers and farmers that you know. You can buy local. There is enough capacity in this tiny segment of the market to feed you and your family. Let the world worry about itself for now. As more and more people start eating this way, the market will remake itself to give us what we want.

I am an instrument technician at the electric utility servicing the Kansas City Missouri metropolitan area. I am in the IBEW, Local 412. I was trained to be a nuclear power plant operator in the USN and served on submarines. I am a Democrat, even more so than those serving in Congress or the White House.
View all posts by dcarmack →
This entry was posted in Health, Living and tagged BUY LOCAL, farmer's market, honey, imported foods, local foods. Bookmark the permalink.