There are people who I know and love that think that the government can’t do anything right. Well, actually, they would trust the government to never make a mistake about who to drop a bomb on or send to prison for life, but about anything that has anything to do with regulating businesses they think any government interference is out of line and unhelpful. Which is why, when the government does a good job in this arena, I love to point it out to them, specifically. Since the news today also meshes with health and nutrition issues, I thought I would also point it out to you, Dear Reader. 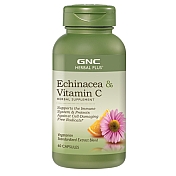 The state of New York’s attorney general has ordered GNC, Target, Walgreens and Walmart to remove dietary supplements from their shelves. After testing the health products on their shelves, the State found that most of the bottles were filled with something other than what was claimed on the label. If you have been taking the supplements at GNC, Target, Walgreens and Walmart and your local store is not in the great state of New York, maybe you are actually buying what you think you are. Yeah. If you are buying supplements at your local whole foods or other corporate health chain your supplements are surely what you think they are. Yeah.

If it comes in a box, bag or bottle, and there are health claims on the label…but I repeat myself. I don’t believe in taking dietary supplements. Usually what the Chinese put in the bottle instead of an actual supplement is not dangerous, but that is only if something safe to replace it with is cheaper. If you think the grass clippings in your herbal supplement bottle are actually doing whatever you think that Senna Leaf does for you, well, the placebo effect is really an effect. Keep spending ten dollars per bottle for your ground brown rice if you want to, unless you live in New York. Now that GNC, Target, Walgreens and Walmart are out of the herbal marketplace the price for your ‘supplements’ will probably go up. This is what happens when prohibition comes. Now you will have to pay black market prices in New York to get fake herbal supplements.

There will be wailing and gnashing of teeth in Congress as Respected Men stand up and defend your right to buy whatever you want in the supplement aisle of the grocery, free of ‘government intervention’. Maybe they will pass laws saying states can’t do anything to test supplements. Who knows what lengths they will go to to defend the profits of the mom and pop herbal supplement makers in China. Ahem.

Among the attorney general’s findings was a popular store brand of ginseng pills at Walgreens, promoted for “physical endurance and vitality,” that contained only powdered garlic and rice. At Walmart, the authorities found that its ginkgo biloba, a Chinese plant promoted as a memory enhancer, contained little more than powdered radish, houseplants and wheat — despite a claim on the label that the product was wheat- and gluten-free.

Caveat Emptor. Can’t even take supplements without getting carbs.

I am an instrument technician at the electric utility servicing the Kansas City Missouri metropolitan area. I am in the IBEW, Local 412. I was trained to be a nuclear power plant operator in the USN and served on submarines. I am a Democrat, even more so than those serving in Congress or the White House.
View all posts by dcarmack →
This entry was posted in Health, Living and tagged China, dietary supplements, government regulation, herbal remedies, truth in labelling. Bookmark the permalink.