If there is one thing that food makers are sure of, it’s that health claims sell food. They don’t need to do any scientific studies to prove it, all they have to do is change the words on the box and watch the sales climb to prove it.

Gluten-Free sells just about everything that has no flour in it, even if the product never ever had gluten in it. 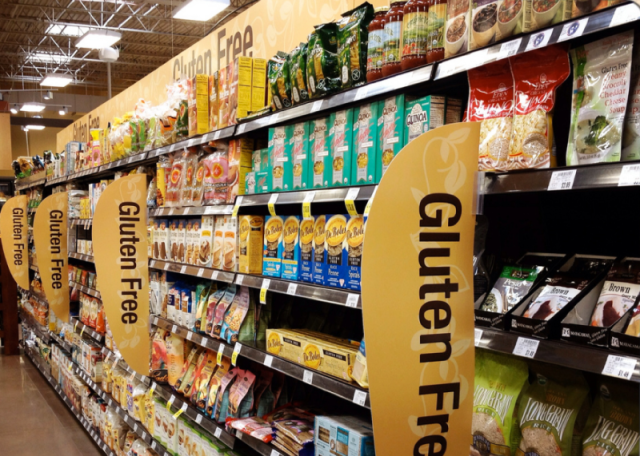 Fat-free includes things that will make you fatter than Santa Claus, like lollipops, and candy,  potatoes, or rice. Fat-free foods (that would normally contain fat) are never healthy because they are highly processed, but that claim in a big bold font will almost certainly increase sales. Win!

Rarely are any of these bait and switch schemes ever exposed. It’s just about a joke if you go in the store and look around, almost every label has some stupid claim on it. However, General Mills finds themselves being sued for making a ridiculous health claim on a new product label.

The Washington Post this morning reports that a lawsuit has been filed over the ‘new’ product “Protein” Cheerios. I went ahead and put the protein in quotes because it turns out the the “increase” in protein is because the serving size has been doubled to account for the protein difference between this and regular old Cheerios. Here is the article:

This is how gullible General Mills thinks Americans are

They double the portion size and the protein dose per serving about doubles. The sugar amount goes up by a whopping SEVENTEEN TIMES. You might see this new product in the store and think, because it’s called something healthy-sounding, that your children would benefit by getting this every morning instead of regular old Cheerios. You would be as wrong as you could be. This product contains 4 teaspoons of sugar per serving, and if your kids were eating regular Cheerios and putting a teaspoon of sugar on it with milk like I did when I was a kid, they are getting 5 teaspoons of sugar at breakfast to start of their day. That is half of the daily allowance of sugar the government recommends, and about 5 teaspoons more than I recommend.

The amazing thing is that this product is no worse than any other boxed cereal found on the breakfast aisle. They all have different health claims on the boxes, vitamin fortified, gluten free, fat free, sugar free, protein enhanced (now), but nothing on this aisle is worth the box that contains it, as far as health is concerned. Don’t even go down this aisle if you care about your health or the health of your kids. This stuff is all highly processed, contains carbohydrates if nothing else, and will make you sick and fat, or at least get your day started that way.

I am glad that one of these con-artist companies is getting called to task over this, but the US needs to wake up to what it is that is making us sick and fat…carbohydrates. This includes, but is not limited to sugar. Processed foods like breakfast cereal are just not worth eating. They will make you hungry again right away as your insulin returns to below normal. They get your day started off bad, you will be hungry and wanting to snack every hour or two.

It makes me sick to think that we are being told to not eat saturated fats because it leads to serum cholesterol (so what), but not being told to quit eating carbs which leads to obesity, gastric trouble, high blood pressure, diabetes…I could go on.

I am an instrument technician at the electric utility servicing the Kansas City Missouri metropolitan area. I am in the IBEW, Local 412. I was trained to be a nuclear power plant operator in the USN and served on submarines. I am a Democrat, even more so than those serving in Congress or the White House.
View all posts by dcarmack →
This entry was posted in Health, Living and tagged gluten free, health claims, sugar-free. Bookmark the permalink.