The goal to improving your life can’t be to lose weight or waist inches. The goal is not to eat less, exercise more, or to break habits. All of these things will be markers that you are reaching your real goal, which is to develop great new habits. Focusing on losing is short term. In football the goal is not to get first downs, it is to win the game. Unlike in a sport though, in life there is no clock to run down, no last strike to pitch. Our game doesn’t end. The things that we do for ourselves, as objectives to our goals should not be allowed to be work or punishments. Creating good new habits, that contribute to better outcomes, or better uses of our time must be it’s own reward, not something we endure until the final weigh-in day, when we declare that we won or ‘lost’.

Today in the New York Times they examine the scientifically proven fact that exercise does not cause weight loss.

For some time, scientists have been puzzled — and exercisers frustrated — by the general ineffectiveness of exercise as a weight-loss strategy. According to multiple studies and anecdotes, most people who start exercising do not lose as much weight as would be expected, given their increased energy expenditure. Some people add pounds despite burning hundreds of calories during workouts. 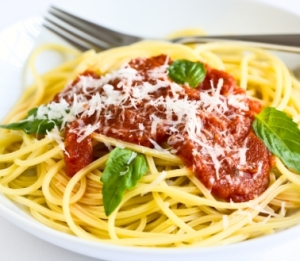 It’s puzzling that people who exercise might not lose weight. We know that mathematically if you put in less fuel than you are consuming in your daily routine that you cannot gain weight. The conservation of energy would preclude you from creating mass out of an energy deficit. We know that it takes a great deal of exercise to amount to a significant expenditure of energy, 2000 calories to run a 26 mile marathon, for instance. However, expending more calories and not consuming a equal number of calories should result in a loss of weight.

Reading further in the article, we find out that a joint French/US researcher study may have figured it out…study participants that thought they were working felt that they could gorge on sweets and sweet drinks after their workout.

These … experiments underscore that how we frame physical activity affects how we eat afterward, said Carolina O.C. Werle, an associate professor of marketing at the Grenoble School of Management in France, who led the study. The same exertion, spun as “fun” instead of “exercise,” prompts less gorging on high-calorie foods, she said.

Participants that feel like their exercise is fun tended to not change their eating habits because of their exertion. I am sure that in the minds of the study participants there were one of two reasons that they felt they could give themselves permission to overeat. Possibly they felt that the WORK that they had just done gave them some cushion, allowing them to consume more calories than they normally would have (normal being the amount of calories that the control group ate after their leisurely stroll), not realizing how few extra calories that they had actually consumed. If not that, then they may have decided that they were working and earning rewards. The exercise itself was not a reward, it was a CHORE. Doing a chore gave them an excuse to permit a binge that they would not normally commit. In all cases where we eat, we are granting ourselves pleasure. If we feel that we are denying ourselves, then we may grant ourselves liberties after doing work.

The place to short circuit this is to stop calling what we are doing work.  We are not on a diet, we are changing our habits. Instead of exercise, we are strolling. The run we are on is not work, it is a perk of living better. Live in the moment and enjoy the water. It doesn’t have to be sweet water to be sweet. Life does not have to be easy to be the easy life.

I am an instrument technician at the electric utility servicing the Kansas City Missouri metropolitan area. I am in the IBEW, Local 412. I was trained to be a nuclear power plant operator in the USN and served on submarines. I am a Democrat, even more so than those serving in Congress or the White House.
View all posts by dcarmack →
This entry was posted in Health and tagged diet, exercise, fun, habits, workout. Bookmark the permalink.