The First Law of Thermodynamics

In science a law is a theory that has withstood every challenge, has proven itself repeatedly in the arena of experiment, is no longer in dispute. The first law of thermodynamics is that energy cannot be created or destroyed, that the energy of a system cannot go up without input from the outside, that energy cannot be created from nothing. This is a law of physics because this statement is always true and will always continue to be true.

As a general rule, if it looks like it might be possible to put more energy into a system than is used then the matter is that you are missing where the energy is actually going. Inventors for the longest time tried to invent perpetual motion machines, some thought that they had, but missed where the energy that made the machine work was coming from. Perpetual motion is impossible, and so is a system that cannot account for every iota of energy that is put into it.

So this applies to eating because, up until this week, I thought that a person would gain weight if they ate more calories worth of food than they expended in physical energy. If you search for “calories” in this blog you will find examples where I compared the body to a boiler. If you put more energy in than comes out in work, the pressure in a boiler will go up–this is stored energy that can be used later. If the pressure goes up then the boiler will burst. This is true of boilers. Comparing this to your body, I thought that if we eat more calories than we work in a day that the surplus calories must be put into fat–increasing the stored energy for use later, just like my boiler example. If this is true then it is elementary that to reduce stored fat all you would have to do is lower the calories to below the amount that you work in a day or raise the amount of energy you expend in work and keep doing this until your body fat is where you want it. It seems as though this idea is fixed by the ironclad rule of the first law. It is not.

The First Law is a law, no getting around that, but the first law talks about energy, not fat. Saying that the First Law demands that we get fat if we don’t match our calories in to our calories out is misapplication of that law. Saying that assumes that a calorie is actually a unit of energy. The original calorie is, in fact, a unit of energy. It is the amount of energy that is required to raise a gram of water by one degree Celsius, a mechanical definition. A dietary calorie is one thousand mechanical calories, but it is more than that. You see, if you burn a food you can see how much the burning of the food raised your gram of water, but your body does not burn food. There are things that you could eat that you would get zero energy out of, but they would raise the water temperature because they do burn. Try eating paper, two thousand calories a day worth of paper, and see if you gain weight. You see, a dietary calorie is a different unit of measure than a mechanical calorie. A calorie of exercise is a mechanical calorie and the work you are doing can be exactly measured.

If you and I did a test, where I ate three thousand calories per day of marbled beef and you ate three thousand calories a day of chocolate cake with chocolate ice cream, do you suppose that at the end of a month we would both weigh the same amount, given that we did identical amounts of physical work that month? Let’s say I ate three thousand calories of salad with creamy dressing and you ate three thousand calories of donuts. You know, now that I think of it this way I have always sort of known that it doesn’t matter how many calories you eat but what kind of food you are eating. Inside of your body something is going on that treats calories differently depending on where they come from. Some kinds of foods are more fattening than others, independent of how many ‘calories’ that add up to. The Dietary Scientist is guessing how much effect these different foods are going to be worth inside of you, and assigning a fudge factor to the actual mechanical calories to obtain the dietary calorie equivalent value. Even so, it is obvious to me that 3000 dietary calories of ribeye steak is going to affect me way differently than 3000 calories of sugar. By the way, 3000 calories of sugar would be 750 grams of sugar, or over one and a half pounds of sugar. 3000 calories would be three ribeye steaks of one pound each. I would not expect to lose weight if I ate a cup of sugar at every meal. I am not sure if I would gain or lose weight if I ate a ribeye for breakfast lunch and dinner. A calorie is not a calorie once it gets inside your body. 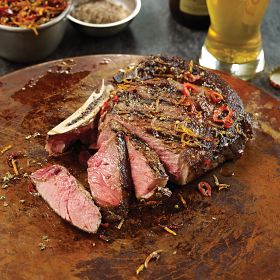 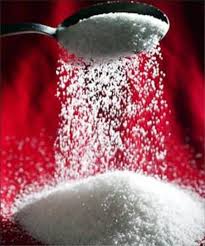 I am an instrument technician at the electric utility servicing the Kansas City Missouri metropolitan area. I am in the IBEW, Local 412. I was trained to be a nuclear power plant operator in the USN and served on submarines. I am a Democrat, even more so than those serving in Congress or the White House.
View all posts by dcarmack →
This entry was posted in Health, Living and tagged balancing energy, calories, first law of thermodynamics, gaining weight, losing weight. Bookmark the permalink.

4 Responses to The First Law of Thermodynamics